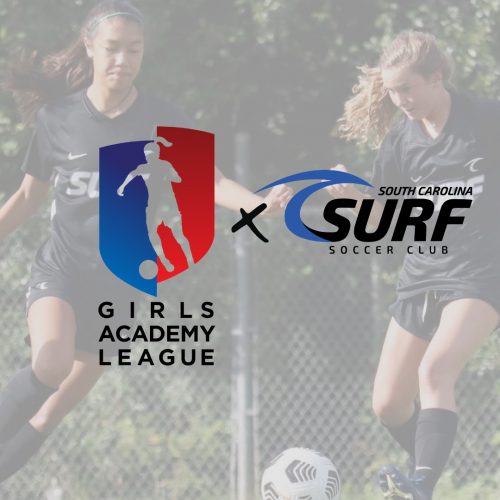 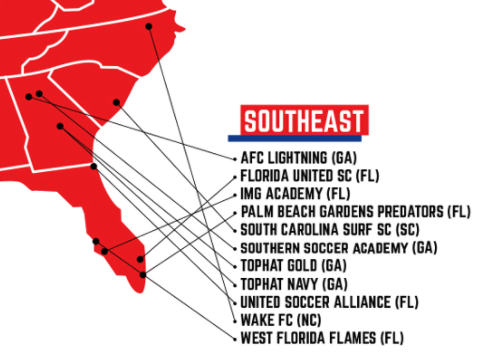 What is the Girls Academy (GA) League?

The Girls Academy league is one of the leading youth development platforms for the best female players in the United States. The GA is composed of member clubs primarily from the former US Soccer Development Academy (DA) and other clubs invited by the GA Board of Directors.  The GA is the only national youth soccer platform that represents the collective visions of member clubs and actively engages the voice of the player to take real ownership in the GA.

Is the Girls Academy partnered with MLS (Major League Soccer)?

Yes. MLS and the GA have entered a strategic relationship to further connect and collaborate on the youth soccer development space. As such, MLS Vice President and Technical Director of Player Development, Fred Lipka, will hold a position on the GA’s Technical Advisory Committee, led by GA Commissioner, Lesle Gallimore, and help guide the evolution and transformation of soccer development in the U.S.

How will this help my daughter reach her goals of collegiate and professional soccer?

Girls Academy clubs will compete against clubs in national tournaments, college showcases, and special cross-conference events. Competing against some of the biggest and best clubs and players in the country, our players will see high quality opponents each week and also have the opportunity to showcase their talents on the national stage.

What Conference will South Carolina Surf participate in and who are the clubs/teams?

How many games are played and how long is the GA Season?

Each GA team plays approximately 15 to 22 league games (cross-conference), with some additional games played over showcase events. The clubs will travel out of state for regular season to FL, GA and NC. The season will likely begin in August and commence with playoffs in June. High School aged players will break from league play for High School sports participation from February to May.

Will our club directors have a voice in the way the league develops?

Yes, each club director will work directly with the Conference Representative who then has direct access to the GA Board. The GA Board is composed of individuals from our founding conferences who oversee specific functions of the league.

The GA will host 2-3 showcase events and one National Final. Also, the GA will play in local showcases or out of state showcases where appropriate by age group.

Is the Girls Academy League replacing the DPL?

The DPL is the official 2nd tier of the Girls Academy League.  GA teams will remain in the top slot, as the clubs’ best teams, and compete amongst other GA clubs’ teams locally, regionally, and across the country. Clubs with teams in the DPL will also compete locally, regionally, and nationally against other DPL teams. Furthermore, both the GA and DPL are girls only leagues, player-centric and share similar values. These common characteristics will lay the foundation for a successful partnership.

Will I be allowed to play school sports while in the GA?


YES, Participation in school sports will be allowed. We are focused on the players, their development and health so we will continue to monitor during the High School break as some players may elect to not participate in school sports. Players suffer more injuries due to overuse and we want to support players with proper periodization.

What age groups will SC Surf place in the Girls Academy League?

How do I find out more information on the Girls Academy league?

Please contact Girls Director of Coaching Lewis Dougherty at ldougherty@southcarolinasurfsoccer.com. There will also be informational calls and meetings to be announced later in the spring season.